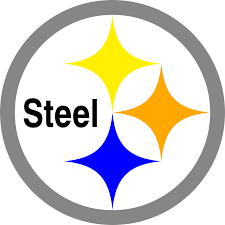 For more than a century, Pittsburgh provided the majority of our nation’s steel. Many people still think of the city as a steel powerhouse, but those folks probably haven’t been to Pittsburgh in the last few decades. Today, the smelters and mills that once lined the city’s riverfronts have been replaced with vast entertainment complexes and sports facilities. Education, Healthcare and Finance are all now bigger than steel.

So if we’re not getting our steel from The ‘Burgh, where does it come from? Canada. Brazil. South Korea. Mexico. And more than a dozen other countries.

This hasn’t been a big deal for America or its manufacturers—until now.

The United States Department of Commerce recently announced plans to put tariffs on imported steel. This sounds good. Theoretically, it would expand production at American steel mills. This would—again, theoretically—increase jobs, enhance the economy and instill pride in American-made raw material. And it seems like it would be good news for American tire makers, who need large amounts of steel for manufacturing.

That’s a quote from an op-ed piece written for The Hill by Anne Forristall Luke, the president and CEO of the U.S. Tire Manufacturers.

In her piece, Ms. Luke explains why she believes tire manufacturers are “often unsung, shining lights of the U.S. economy.” Those manufacturers provide more than 737,000 jobs at 55 tire-related manufacturing facilities in 19 states, and they generate more than $148.4 billion in sales.

Any kind of negative impact on such a robust industry would ripple outward. And according to Ms. Luke, if the Department of Commerce was to impose steel tariffs, “domestic steel suppliers cannot meet volume and quality needs for this critical tire component. Thus, any trade constraint could potentially have a cascading, negative impact on U.S. commerce nationwide.”

Basically, Ms. Luke’s informed take on possible tariffs is the exact opposite of what the Department of Commerce hopes to achieve. She is essentially predicting either much more expensive tires, since the cost of the steel tariffs would need to be passed to the end user, or a shortage in tires, because American steel production couldn’t keep up with the demand from the tire industry.

Neither is good news for consumers and businesses needing to buy tires. And she goes on to warn that it’s also bad for our national security “given the U.S. military’s reliance on the industry to provide high-performing and durable tires to aid our national defense.”

Of course, the United Steelworkers (USW) is encouraging the tariffs, because those tariffs would help secure their members’ jobs.

The Trump Administration originally said they would make a decision by June 2017. When that date came and went, tire manufactures and USW were both left on the edge of their seat. Then the president made a statement in late July that he wasn’t going to make a decision “at this time.”

Now here we are. Still waiting. Per the law, the Department of Commerce must make a decision by January. Because tariffs would probably increase tire costs, it’s something to watch in the coming months as you set for 2018.